One of the main responsibilities I had at Guerrilla Games was create and maintain scripted world encounters. These are scenarios that the player can encounter throughout the world, that you could see as optional mini-quests. I used a lot of combat design to come up with the encounters, as well as visual scripting to build them. Next to creating the content, I also arranged the placement of the encounters throughout the world, along with the distribution of regular encounters (robot herds and player mounts) and animated characters, to make the world of Horizon feel more alive. All of this is done together with one other colleague within the world design team. However, there was also a lot of multidisciplinary work involved, mostly collaborating with AI and tool programmers, as well as with designers from other teams. 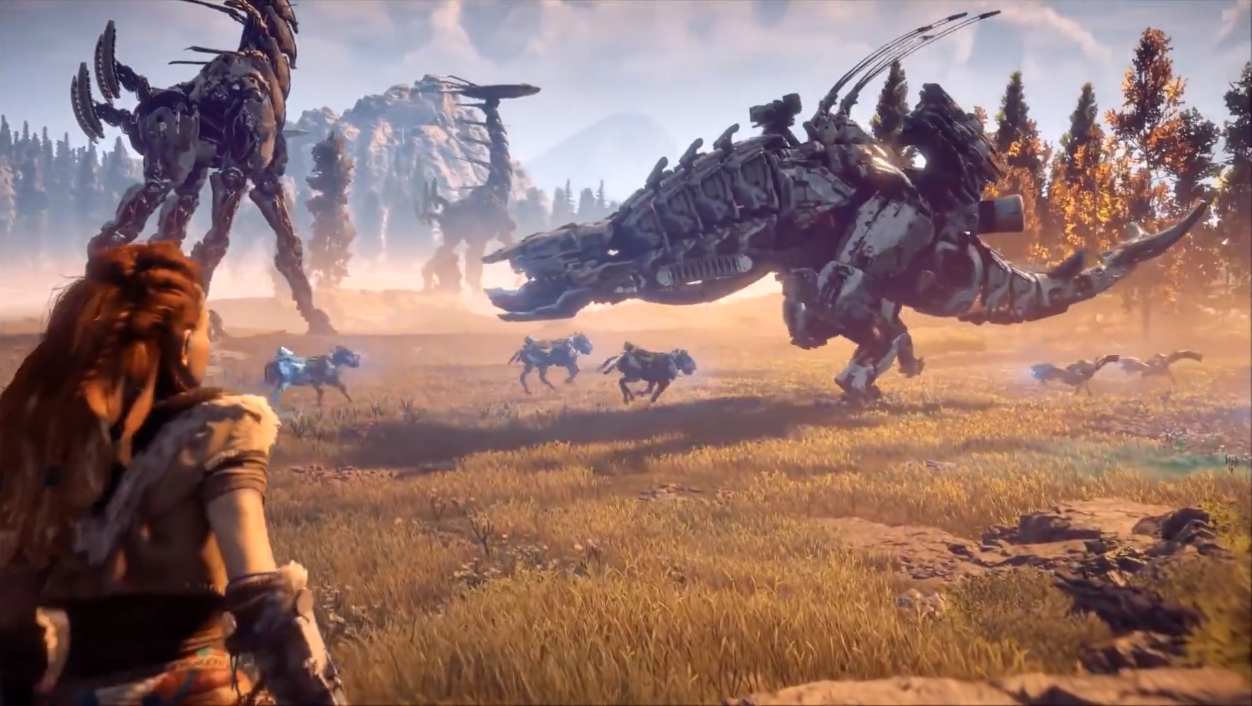 I also used a lot of level design to create climbing routes for the player throughout the world of Horizon. I built the routes using our 3D editor‘s environment transform and sculpting tools. These tasks were done by both me and one other colleague of the world design team. However, we collaborated a lot with environment artists to integrate the content nicely within the world.

Quest design and other tasks

Next to my work in the world design team, I spent some weeks to help the quest design team to come up with an extra side-quest for the game. This included a lot of multidisciplinary work with the writers.

Other tasks for Horizon Zero Dawn that I did include:
– Improving the open world using a lot of small world tweaks
– Writing various design documents
– Using version control (Perforce)
– A lot of bugfixing (Jira/Hansoft) 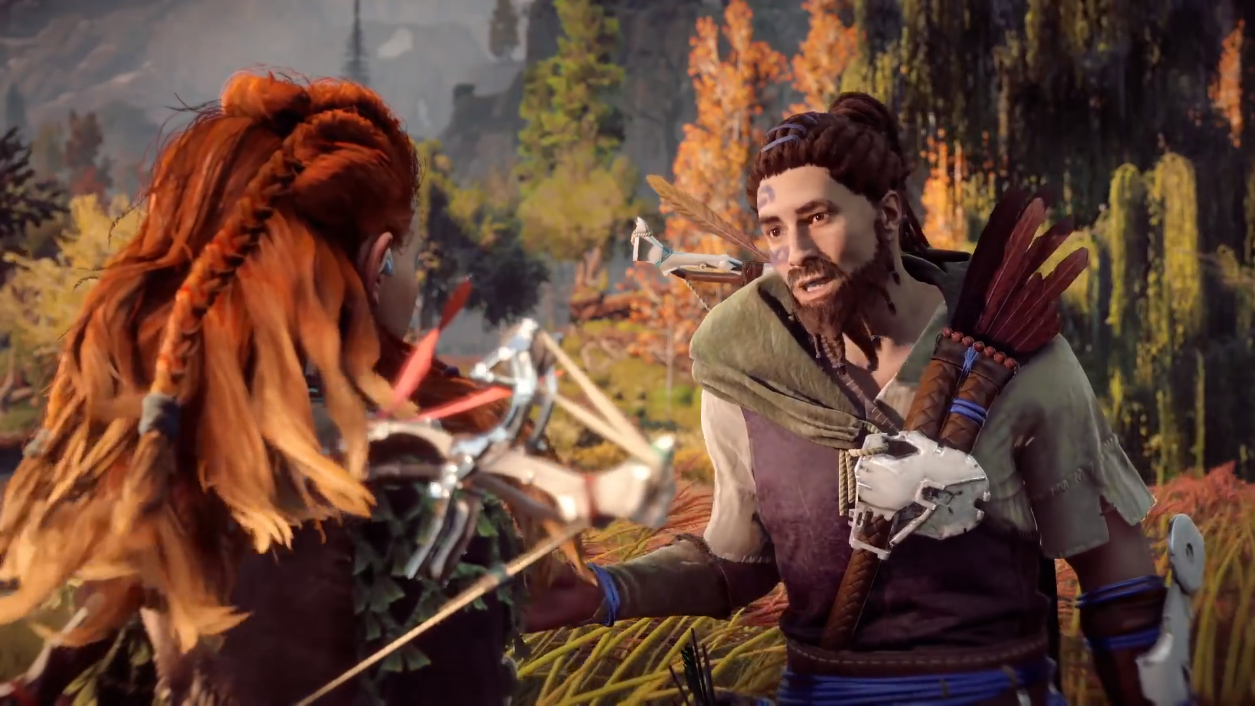 Horizon Zero Dawn is a game by Guerrila BV. All contents on this page are © Guerrilla Games & Sony Interactive Entertainment 2016

I worked as a world designer on the action-RPG Horizon Zero Dawn (PS4). In this post-apocalyptic open world, mankind is not on the top of the foodchain anymore. Machines of unknown origin rule the lands. What is left of mankind is divided into primitive hunter-gatherer tribes. The player controls Aloy, a young outcast, seeking answers on where the robots came from and why she got abandoned. More info on the game can be found on the official game website.

When traveling through the large open world of Horizon, there are a lot of events that the player can encounter, that are not necessarily part of a (side) quest. I’ve been mostly focusing on designing and building elements to make the world of Horizon feel alive and interesting. This includes scripting world encounters, planning & placing robot herds, designing climb routes & hiding collectibles as well as doing some quest design. I used level design, combat design and traditional game design, from high concept planning and pitching encounter ideas to object placement and scripting to build the content. I got to work closely with the quest design team, as well as artists, programmers and animators to create interesting content and to help improve the game’s toolset.