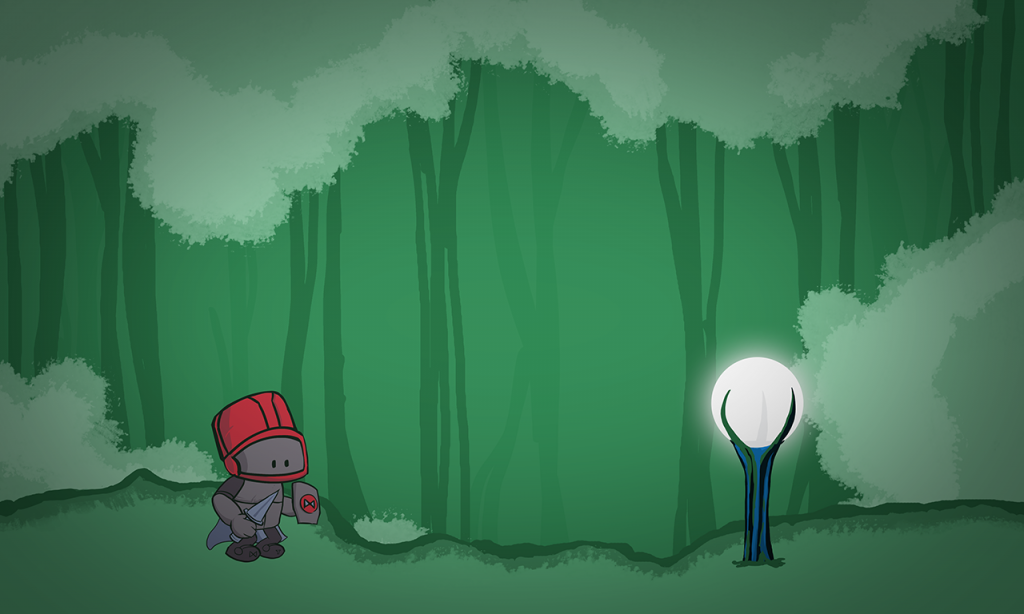 I participated the Global Game Jam for the third year in a row. This years theme – “what do we do now?” – lead to my idea of how people react to unexpected events when playing games on a computer. Like error messages, crashes and annoying spyware that occur in the middle of a game. So together with my amazing team members, the talented Rocco Wouters, Esmeralda Massaut and Bernard de Mare, we build this typical RPG/platformer that soon turns into a so-called Error Message Manager, because of all the on-screen errors that will occur when playing the game. The reactions of the audience at the end of the 48 hours were hilarious, thinking they actually crashed our machine when playing. Some where genuinely sorry for breaking something, others just laughed out loud.

The game can be played here.

Unfortunately I was ill when the event started, so I joined my team over Skype. On the first day of the jam, I came up with most of the game’s core idea and wrote a design document, covering all the mechanics. Then it was off to bed to get some rest. On the second day, I felt a bit better and started working on designing the main character and completing the environment that Esmeralda started. I was able to join the team in person during the evening and I then worked on animating the main character in After Effects and using TexturePackter to make a sprite sheet of the guy. Finally, on the last day, I helped Bernard with some code to implement Rocco’s audio. Funny, in hindsight I realize how much different tasks I had during the development. There was not really time to realize those things when having a 48 hour deadline, you just do it all to get things done.

Too bad we didn’t get it all done though. In the end, having platformer parts and error messages in there, the core concept remains. But there’s still a lot we wanted to add, like an actual HUD that appears when having all the errors on screen, so the player is aware that (not) clicking the errors actually results in scoring points or losing lives. Right now people just end up at the main menu again, after clicking through some messages, without knowing they actually went game over. Also, some errors aren’t too clear on showing the correct way of getting rid of them, which is a shame. And finally, we had way more platform parts and errors planned for the game. In the end it was even the idea that the protagonist could platform over all the error messages, having a mesh up of the both gameplay parts in there. Oh well, 48 hours are a bitch. Despite all of that, I’m pretty happy with the result of Erratum, which can be played here. 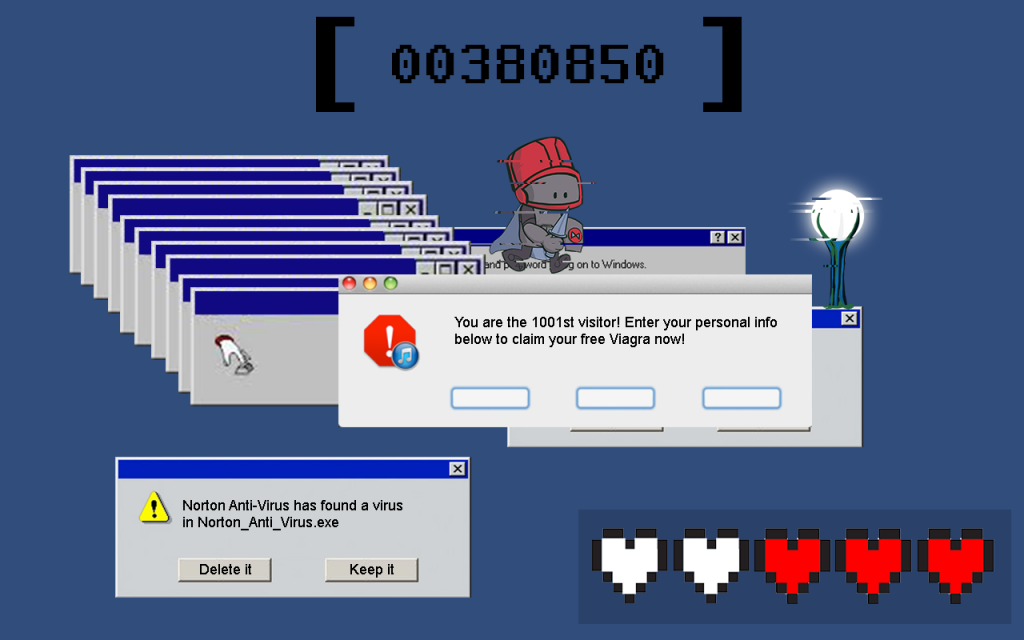