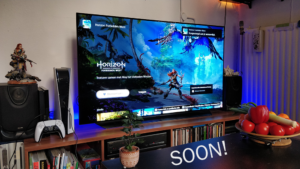 While I only attended two or three concerts this year before the covid shitstorm prevented anyone to go to gigs anymore, I must say it has been a good year for music! I guess quarantine is just a very inspiring way for artists to get their music out. Looking back, I’ve listened to over 110 albums that got released this year and it was impossible to put those in a top 10 or 20. So here’s my attempt at a top albums list that got released in 2020 (from rock to chill-out with some electronic influences here and there): 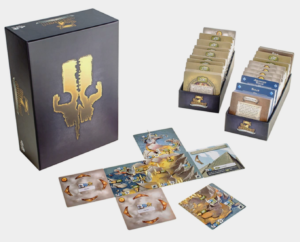 Honestly, I did not play a lot of new board games this year. Partially due to the pandemic and not seeing my board game friends that much, but also partially because my all-time favorites are still screaming to be played more. I’m talking about 7th Continent (2017) (a choose your own adventure open-world boardgame where you need to lift a curse on a mysterious island with lots of environmental storytelling) and Human Punishment (2018) (the social deduction card game, in which not one session is the same and everything changes all the time – you can even switch roles mid-game or return to the game after being defeated and still win).

But there is one board game that got my attention in this pandemic, since it’s something you play on your own, it’s free to print-and-play, easy to play, silly and quite addicting. I’m talking about Bargain Basement Bathysphere (of Beachside Bay) (2018). All you need is a set of dice (although you could even play without that) and a printer and you’ll kill some time for sure. Before you know it that pandemic will be over and you will be able to play real boardgames with your friends again, right?